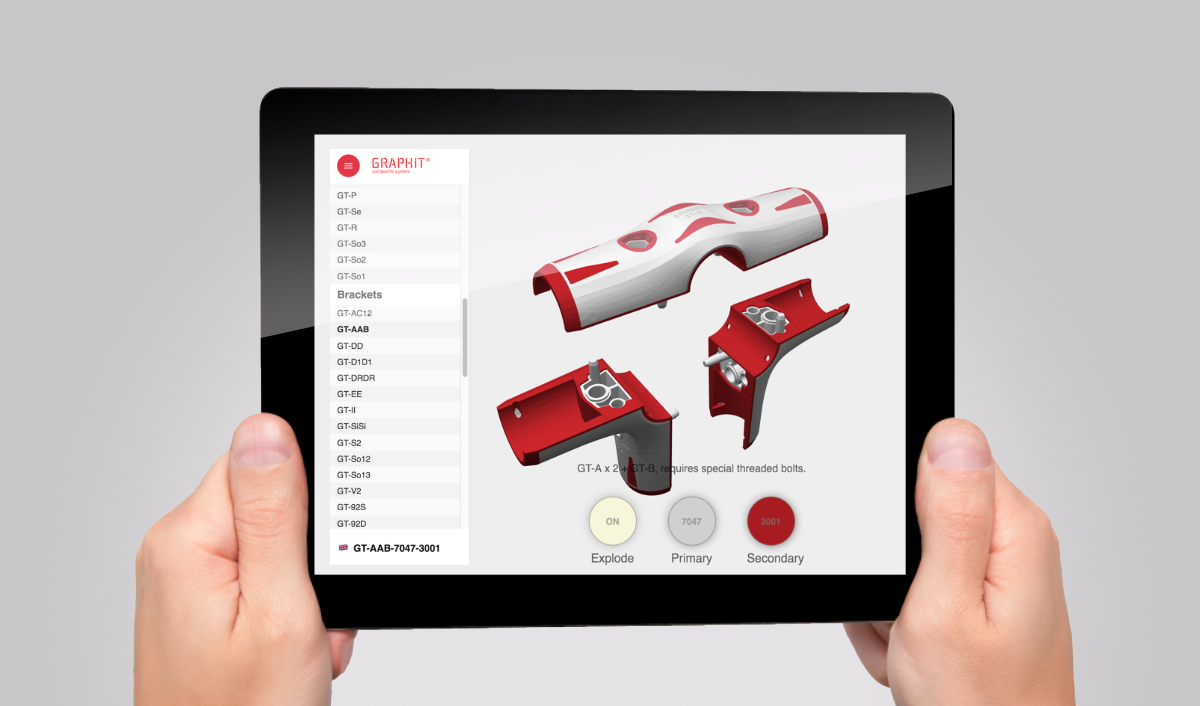 GRAPHIT is a tube-and-bracket system used in industry to create structures for moving, storing and displaying materials.

We conceived and managed the design, development and launch of an online configurator that would allow customers to configure their own structures (within a preset range of designs).

The app was custom-built using cutting-edge technologies including React & WebGL. It was optimised for desktop, tablet and smartphone use. We conducted a series of User Testing workshops with existing customers and key stakeholders from the client organisation.

An internal framework for rapid addition of new products was developed, and a roadmap including Augmented Reality to enable customers to instantly visualise structures in situ.

The app was the first of its kind in the industry, and swiftly spawned imitations from competitors.